Spring and summer are just around the corner and you know what that means, right?

Yes! Time to give your ride a nice wax for protection and a beautiful shine!

As hard as it is to believe, some people don’t wax their cars. They don’t really see the point since they believe it shines just fine after a good wash.

Those folks are free to believe that, but don’t you just love the wet look after a really superior wax job? We certainly do!

There’s more to a good wax than meets the eye, however.

Three Things to Know About Waxing Your Ride

You wouldn’t dream of spending hours in the hot sun without sunscreen, would you? The paint on your car needs the same type of protection to keep the paint looking new.

The UV rays from the sun cause damage to paint over the years. To prevent your car from looking older than it is, you can easily prevent discoloration, fading, or that white haze (called oxidation) that tends to form on the hood and roof, by waxing it regularly.

Besides oxidation, one thing everyone hates is those pesky water spots. If water spots aren’t removed fairly quickly, they can turn into permanent squatters on your paint job. NOT Good.

Keeping your vehicle properly waxed, however, will cause those water spots to puddle and slide right off your paint job.

Last, let’s not forget a more basic reason behind why everyone loves a car that has been freshly waxed; it looks incredible. You can get a deep shine with a mirror reflective look to it if you’ve been waxing your wheels frequently. Who doesn’t want that?

If you go check out car waxes, however, you are going to see, literally, hundreds of different types of wax. Some liquid, some paste, some hybrid, some with good old-fashioned carnauba wax.

Which is the best wax to get a high gloss shine on your car? Let’s see.

If you ask 100 people which is the best wax, you will get 100 different answers, but we think the 5 following car waxes are all outstanding products.

Prices and images pulled from the Amazon Product Advertising API on:

Chances are that you’ve heard of or seen the Chemical Guys products. Blazin’ Banana spray wax is, as the name implies, banana scented. This is a spray-on, wipe off quick wax that will surprise you with the deep shine that it leaves behind. It will leave your rubber or plastic parts with a white haze, however, so try to limit it to painted areas.

Most people love this wax because it leaves a super high gloss, without all the hard elbow work of using a solid wax. However, this will not last like a solid wax will. For those of you who live in warmer areas where you don’t have problems with cold weather, you can wash and wax your vehicle every week with this product. We bet you get addicted to the sweet shine and the banana smell.

Some users say that they never saw the “hazy” look, which tells you to wipe the product off, so they were not impressed.

Car Guys is another big name everyone knows and for good reason; they make some of the best automotive products in the business and this hybrid wax is no different.

A hybrid wax is one that contains the conventional carnauba wax, but also has a synthetic sealant or synthetic wax to help fill in tiny scratches and add longevity to the life of the product.

Car Guys Hybrid Wax is terrific for leaving an incredible shine. You would never think that a simple spray wax would leave this lustrous a surface, but this one does! Not only that, but you can use it on your plastic trim, rubber, even windows! It doesn’t leave that white haze behind like other waxes that are so difficult to remove.

A little bit goes a long way, making this product reasonably priced. The majority of users were impressed by the deep shine and that it left no streaks, even if applied in less than perfect conditions.

Some users said that it didn’t last as long on their car as they thought it would and others said that the wax took too long to dry, but these were in the minority.

If you are one of the few who has never heard of Meguiar’s, you are in for a real surprise. Meguiar’s has been making high-quality car wash and car wax products probably since cars have been made!

That doesn’t mean these are old-fashioned, however. Meguiar’s makes products that are equal to those costing far more. Meguiar’s Ultimate Paste Wax is even made to be used in direct sunlight, something most other companies can never claim.

Meguiar’s Ultimate Paste Wax uses a proprietary blend of hydrophobic polymers that increase surface tension, so water rolls right off. This is a pure synthetic wax, which means it can last for months. This product comes with a sponge applicator, so all you need is a good microfiber towel to wipe it off after it dries.

Most users say that this wax not only leaves a super high gloss that left their car looking showroom new, but it lasted longer than any other wax they had tried previously.  We’ve used this wax in the past and we must admit that it was some work, but well worth the effort.

Some users said that the wax was very difficult to remove, but even they appreciated the shine it left behind, and a few stated that they thought their wax job would last longer, but they don’t say how long it did last.

Like Meguiar’s, Turtle Wax is one of the biggest and oldest names in car wash and wax products. This hybrid spray, however, is nothing like your daddy’s can of wax from the old days.

This has SiO2 polymers that not only cause water to bead and fall off the paint, but it resists chemicals, such as environmental fallout, that can damage the paint.

We like this hybrid spray for its ease of use, but most other users say that they love the fact that overspray onto the mirrors, glass, or plastic doesn’t leave that white haze like traditional waxes do. Did we mention that this has a fruity scent? That makes waxing your car more pleasant.

A few users say that they found that the product left hard to remove streaks, but these were definitely in the minority.

This is the ultimate luxury in a solid, carnauba wax. While the Concours name isn’t as well known as some other brands, this wax leaves nothing to be desired.

Most users say that they love this solid wax because even though it takes a lot of elbow grease to get the job done, it lasts at least 6 months. On top of that, even if you get some on the glass or plastic parts of your ride, it comes off quite easily, unlike other waxes.

Many of the people who have used this wax were deeply impressed by the depth of shine and how smooth it was to apply. Concours wax is also said to wipe right off, with very little hand buffing or need to go over the vehicle a second time. Some users sounded as if they were more in love with the Concours wax product than the car itself.

There are a few users who didn’t think this wax was anything special and they regretted paying so much for it, but these are definitely the minority.

As we mentioned earlier, everyone seems to have their favorite manufacturer or waxing product, but it’s always a good idea to try other products. Who knows? You might find a new favorite.

While we have been fans of Meguiar’s products for years, we had to try the Turtle Wax Hybrid spray. Anything that was that simple to apply and lasted all year was worth a look.

We won’t know if the Turtle Wax lasted all year, but we are super impressed that we could get a deep, mirror-like finish from a spray bottle! We love it so far and after a few months, it is still working fine at beading water.

Therefore, we highly recommend that you at least try the Turtle Wax Hybrid Ceramic spray. This hybrid wax has gained new fans and it might end up changing your mind, as it did ours, about spray waxes. 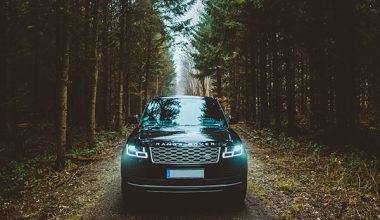 Read More
Even the most car-obsessed, clean nut will agree that washing, detailing, and waxing your ride can be a…
CCar Detailing 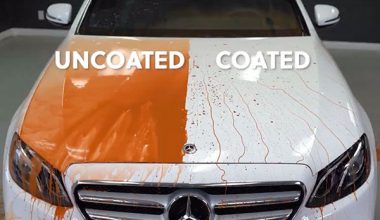 Read More
For some people, a simple wash and wax job just isn’t enough. You really cherish your ride, and…
CCar Detailing 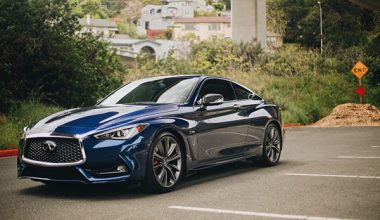 Read More
There is no denying that everyone, and we mean everyone, wants a clean looking, shiny beautiful car. The…
CCar Detailing 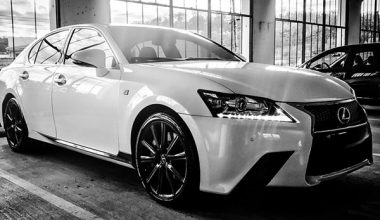 Read More
While we often ask what are the best car waxes to use on our cars, we also need…
CCar Detailing 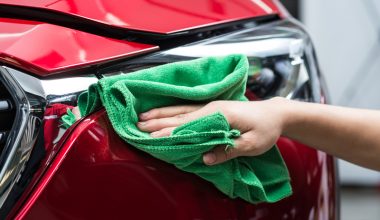 Read More
You can use car wax for many tasks that help spruce up the body of your car. It…
CCar Detailing 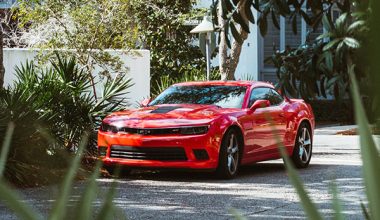 Read More
If you are like a lot of people in the US, you live in a place that doesn’t…

Top Mech Tools is the modern mechanic’s go to source for tools reviews and industry trends.

As an Amazon Associate we earn from qualifying purchases.